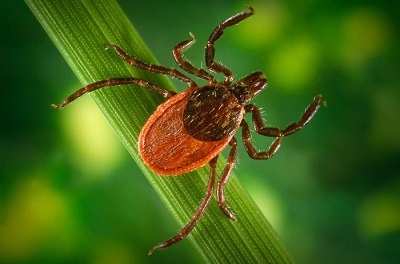 People come from all over the world to enjoy British Columbia’s waterways. It is rare that anyone has a negative encounter with wildlife, particularly if they educate themselves and follow precautions. The photo is of a Deer Tick, spreader of Lyme Disease.

Wildlife safety may make you think of bear attacks, but there are other wildlife, insect and plant species that canoeists should be aware and cautious of in the event of exposure.

BC PLANTS TO WATCH OUT FOR

There are some very toxic plants out there will ruin your day or trip. Get to know these plants and watch for them.

Of course there are many other plants and mushrooms that are harmful if ingested.

Mosquitoes are common, particularly in the interior of BC and canoeists need to be prepared to deal with them.

Ticks and the diseases they carry are increasingly problematic. The black-legged tick is responsible for Lyme Disease in BC. They are common but only a low percentage of black-legged ticks carry the disease. Nonetheless, tick bites should always be monitored. Rocky Mountain Spotted Fever is also found in BC.

Allergic reactions to wasp stings are very serious for some people, causing anaphylaxis or severe swelling resulting in breathing difficulty and even death. Wasps are common throughout BC so carry an Epipen if you have a history of allergies.

Reports from spider experts say that spider bites in BC are very rare and are often the result of a misdiagnosis. There is much confusion about spider bites. They are possible, but it seems very unlikely to be a concern. The often referred to Brown Recluse spider is reported not to be in BC.

In addition to Leave No Trace practices to keep your camp clean, proper food storage is very important. It is a safety issue:

Animals that typically attempt to raid food caches are mice, chipmunks, racoons and bears. They are all amazingly cunning and persistent. Mice and chipmunks can chew a hole through your portage pack, back pack, tent or dry bag very quickly.

There are several methods used to store food. Ideally all these goals would be achieved:

The methods depend on the resources you have available for camping. Here are some ideas and guidelines:

Many larger mammals present safety risks, but very rarely. Examples include bears, moose, deer, cougars and elk, but even beaver and otter have been responsible for attacks in BC!

Any wild animal is potentially dangerous especially in circumstances such as protecting young or food, or during mating season. Along with respecting their habitat, canoeists must consider the threat posed by larger mammals.

The BC Parks website has information about dealing with wild animals including bear, cougar and wolves.

Conflicts between bears and humans are more common in populated areas than in the wilderness. If you use Leave No Trace camping practices and pay attention to obvious warning signs the risk decreases even further. The following information is adapted from the BC Parks website:

While staying in Bear Country:

Bear encounters are typically surprise encounters on trails and shorelines. Be particularly careful of mothers with cubs, areas with dead wildlife or diseased or malnourished bears.

If you see a bear:

If the Bear Approaches

In the unlikely event of a bear attack, there are several recommendations on how to react depending on whether it is being defensive or aggressive and whether it is a grizzly or a black bear. Take some time to learn this bear attack advice on the BC Parks website.

Get Bear Smart Society is based in BC and has additional information, including a section on bears in the backcountry.

The BC Centre for Disease Control website has information about a variety of diseases that can be a concern for people working or recreating in the wilderness. A brochure called Diseases You Can Get from Wildlife – A Field Guide for Hunters, Trappers, Anglers and Biologists is a good resource which is available on the CDC website. A good Wilderness First Aid Course may be valuable in identifying many of these causes, symptoms and treatments.

A few other diseases exist that canoeists should be aware of: