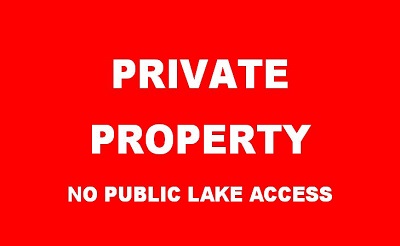 Access to waterways via roads, parks, trails and boat launches is critical to canoeing, but it is often taken for granted. Canoeists and kayakers often commit a tremendous amount of volunteer energy into maintaining or developing access. This typically involves working with local government, private land owners and recreation clubs and organizations. RCABC is committed to doing what we can to support responsible access to BC's waterways.

As canoeists we rely heavily on access points to the waterways we love to paddle. It is important to understand that if that access has been in use for a significant amount of time, paddlers have a right to continue using it. Access to BC’s waterways on Crown or regional government land falls under a common law principle that says that if there is established access to a waterway it can be continued and is protected.

Recreation Sites and Trails BC

The BC government has created a website called Recreation Sites and Trails BC showing trails and access points that have been registered with the ministry (outside of parks). Of course there is a process to follow to get to that point, but if you have concerns about preserving access to a waterway registering it will more or less guarantee continued use with the local recreation group becoming the owner of the trail. The ministry responsible for Rec Sites and Trails BC (2014) is the Department of Forests, Lands and Natural Resources. Each area of BC has a local recreation officer that can help register your trail/access. You can find contact info for your local officer by searching for "Recreation Officer" at the FLNR website.

RCABC can act as the organization or one of the organizations that is a stakeholder if there is a question regarding access and use of a waterway. RCABC has been involved in many negotiations in the past and has helped to determine policy that affects navigation and access to waterways. Your club or regional organization should be the primary group to take on this role, but generally the more voices behind your cause, the better. Another organization that has been active in this way is the Outdoor Recreation Council of BC. They have considerable experience communicating with the BC government on recreation issues. RCABC has been a member of the ORCBC for many years and values it's role.

Stakeholders are anyone that has an interest in a waterway or land surrounding it. When an access or environmental issue arises, it is important to identify the stakeholders and generally it is a good idea to communicate with them as early as possible. Doing so will identify the hurdles and who your allies are. The list of stakeholders can be long, including:

Canoeing on waterways in Canada is somewhat protected by Transport Canada’s Navigable Waters Protection Act, depending on the size of the waterway, historical use and what type of project may disrupt navigation. The Navigation Protection Program webpage states that:

It applies a balance between the public right and need to navigate and the need to build works such as bridges, dams or docks in navigable waters.

With this goal in mind, the NWPA:

There were some amendments to the NWPA that came into effect in 2012 which somewhat eroded the protections of the NWPA. The intention was to streamline the process and to fast track proposals. How this will impact navigation is still somewhat unclear. The NPA changes proposed for 2014 add more uncertainty to protections in the future and has been very controversial. As of February 2019 the government has proposed new changes to enhance the act to its former (pre 2012) level of protection.

BC has many aboriginal sites that are historically and spiritually important. Many of them may be undiscovered. Some of the best known sites are in locations such as Haida Gwaii on BC’s coast because of their visible totems and other artifacts. BC’s interior also has a very long standing history of First Nations culture, but most sites show little or no indication that they exist. If you do find a site:

Consider discovering your local First Nation canoeing heritage.  Many RCABC instructors have been active in encouraging a rediscovery of canoeing among Aboriginal and Métis communities.

Rivers, parks and wild spaces in population centers often see pressure from a wide variety of user groups. Heavy use, conflicts or other impacts often lead to restrictions or even closure. Consider the following common concerns when canoeing in non-wilderness areas:

Garbage and waste can be associated with paddlers even if it didn’t originate from them. Consider using Positive Impact practices to alleviate this.

FISHERMEN AND OTHER RIVER USERS

Rivers and lakes are a resource we share. Some rivers and particular areas of lakes see heavy fishing pressure. The salmon run on the Chilliwack River in Southwestern BC can draw hundreds to fish on a relatively short section of river. Courtesy and communication is very effective at eliminating conflict.