Pieced together from the remnants of a wrapped and torn Dagger Dimension tandem WW canoe, the Frankenboat was brought back to life as a solo whitewater canoe. 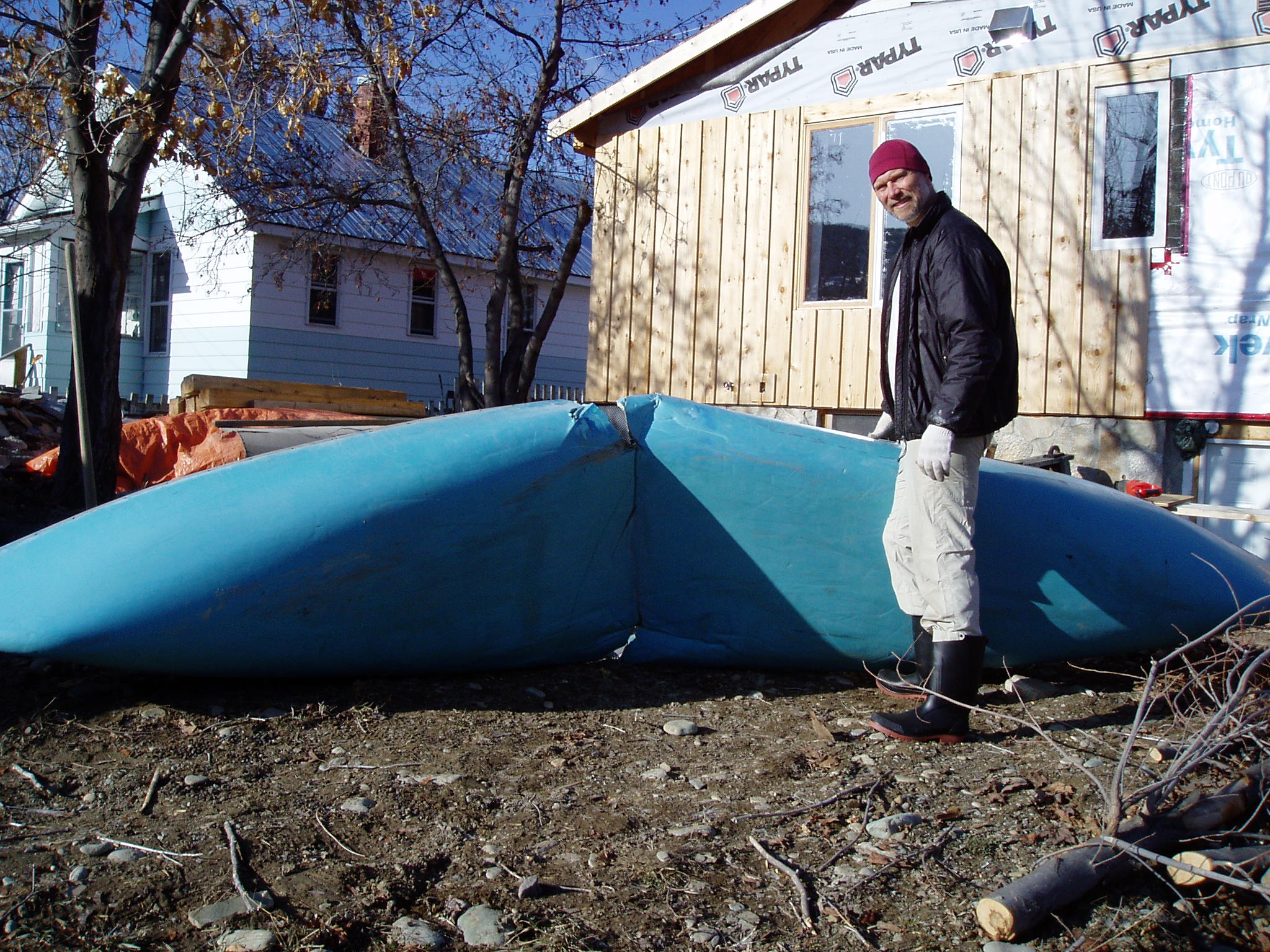 When I was offered the ill fated Dagger Dimension, the repair geek part of me got pretty excited. I knew about the ‘incident’ with the bridge pile but didn’t realize the extent of the tears and cracks, flattened hull and sheared gunwales. It dampened my enthusiasm.

Then came the idea... All I needed to do was to cut 5 feet out of the middle and stick it back together – simple right? Lots of people in my community are interested in solo open canoeing, but not many want to take the plunge and buy one without doing some paddling first. Frankenboat was the answer!

Two of the most important aspects of the hull design were still somewhat under my control; the length and the amount of rocker. I wanted it to be stable for beginners and intermediates, with not too much rocker, and short for fun in boulder gardens and surf waves.

I decided on a bit more than 11’ long and only about 2” of rocker for good tracking. The width and the rest of the hull shape were predetermined by the original shape of the Dimension and I little choice but to go with it.

Who knew that reciprocating saws would be so good for cutting up Royalex canoes?  The hull is symmetrical which was key to gluing it back together with a nicely matched seam. Cutting the two halves of the hull so that the seam matched proved to be one part measuring carefully, one part art and one part trial and error. After finessing the joint to match well enough, it was just a matter of screwing on some strips of wood to hold the halves in place and then start gluing. A few patches of Kevlar and epoxy over the seam and some epoxy putty in the seam and the hull was rigid and ready to test on the water!

Really not knowing what to expect, we took the Frankenboat to our local lake. The gunwale-less boat was a bit floppy but much to our amazement, it paddled as well as any ‘normal’ solo WW canoe. It had great hull speed for a short boat, easy to turn but didn’t spin out, stable and predictable – better than I had hoped! There are some imperfections - a small concave section on the bottom and some weird little ‘cheeks’ on either side of the hull at midship, but they really had no negative impact that we could feel. 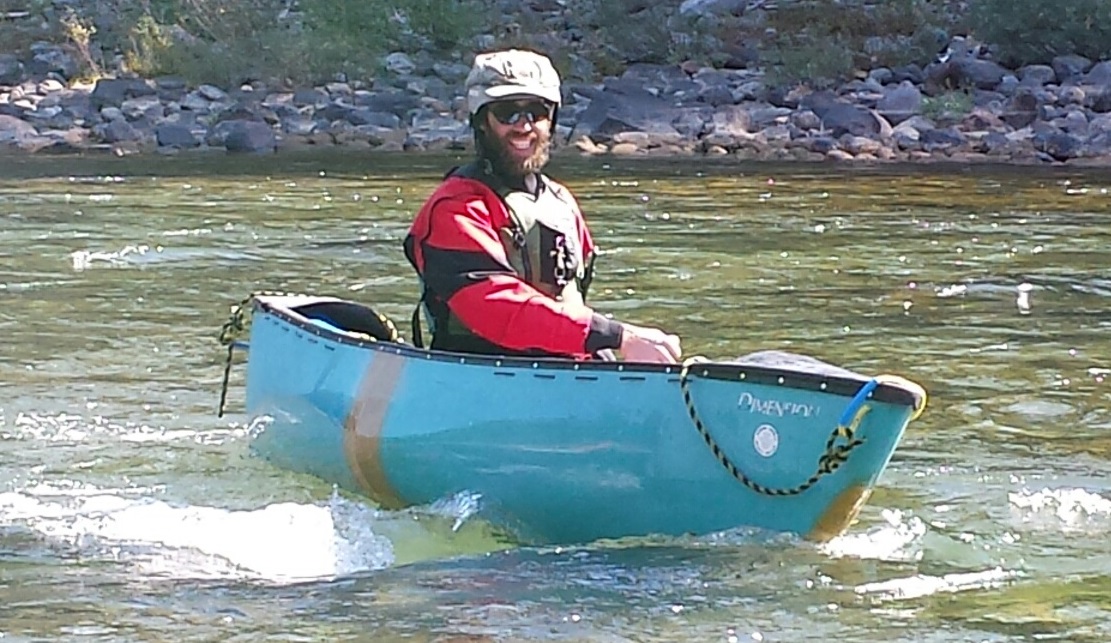 A bit more Kevlar and fibreglass on the inside of the seam finished the hull. I then riveted on some new gunwales, modified the plastic deck plates, made some shorter thwarts to pull the gunwales in narrower and finally dug up whatever outfitting I could find in the canoe shed and added a saddle, kneepads and anchors. Done!

It’s worked out so well that I’m finding myself looking for torn up canoes in backyards, hoping for another project!